Pittsford is probably my favorite stop so far on the trip. Someone mentioned it was the crown jewel of the Erie canal. The area is affluent, so there has been money available to do many wonderful projects. The area is quite modern between public services and retail businesses, but they have managed nicely to keep their identity (roots) with a number of repurposed buildings. The locals seem quite health and fitness conscious. There is a stead parade of people walking, jogging and bicycling on the tow path and abandoned train beds. I covered close to 10 miles on the trails in the one day I was there. There is also a wide selection of restaurants catering toward healthier cuisines.

This is also an area where they embrace the canal. Was amazed at the number of homes on the canal and tow path. 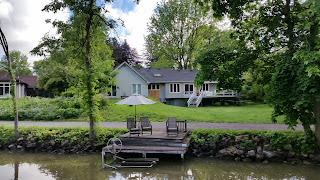 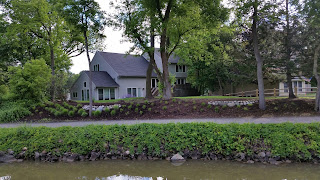 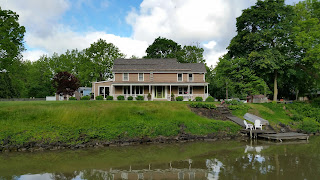 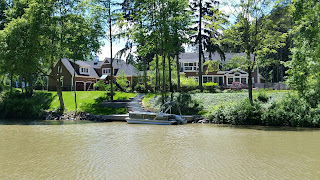 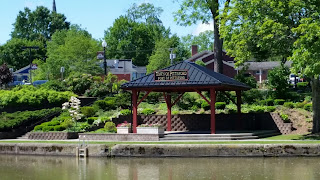 I tied up next to the top path. There may be 50 stores and restaurants within 400 yards. The people are very friendly, coming by as I was tying up to answer questions and make suggestions on restaurants. 2 different people offered to drive me to the grocery store. The building next to me was a very nice Greek restaurant where I had dinner. 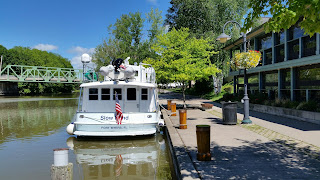 To the left is a huge coal storage tower and to the right massive grain silos. Both have been repurposed. 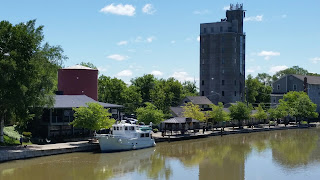 The coal storage and offices are now a nice restaurant. 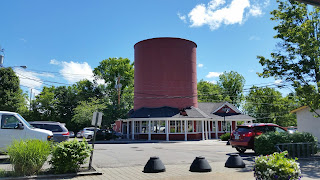 The grain silos are now an office building. Very ingenious! All the windows and the glass panels from ground to top were a great idea. 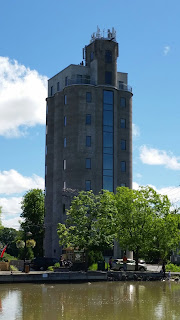 The mother of all Ice Cream stores. A dairy farm that makes ice cream, has a bakery and so much more. I gained 5 pounds just walking in the door. Realized that if I stayed another day, I might never leave. 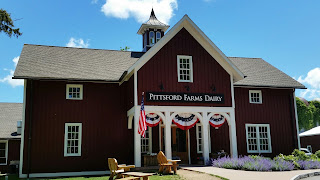 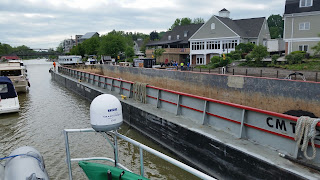